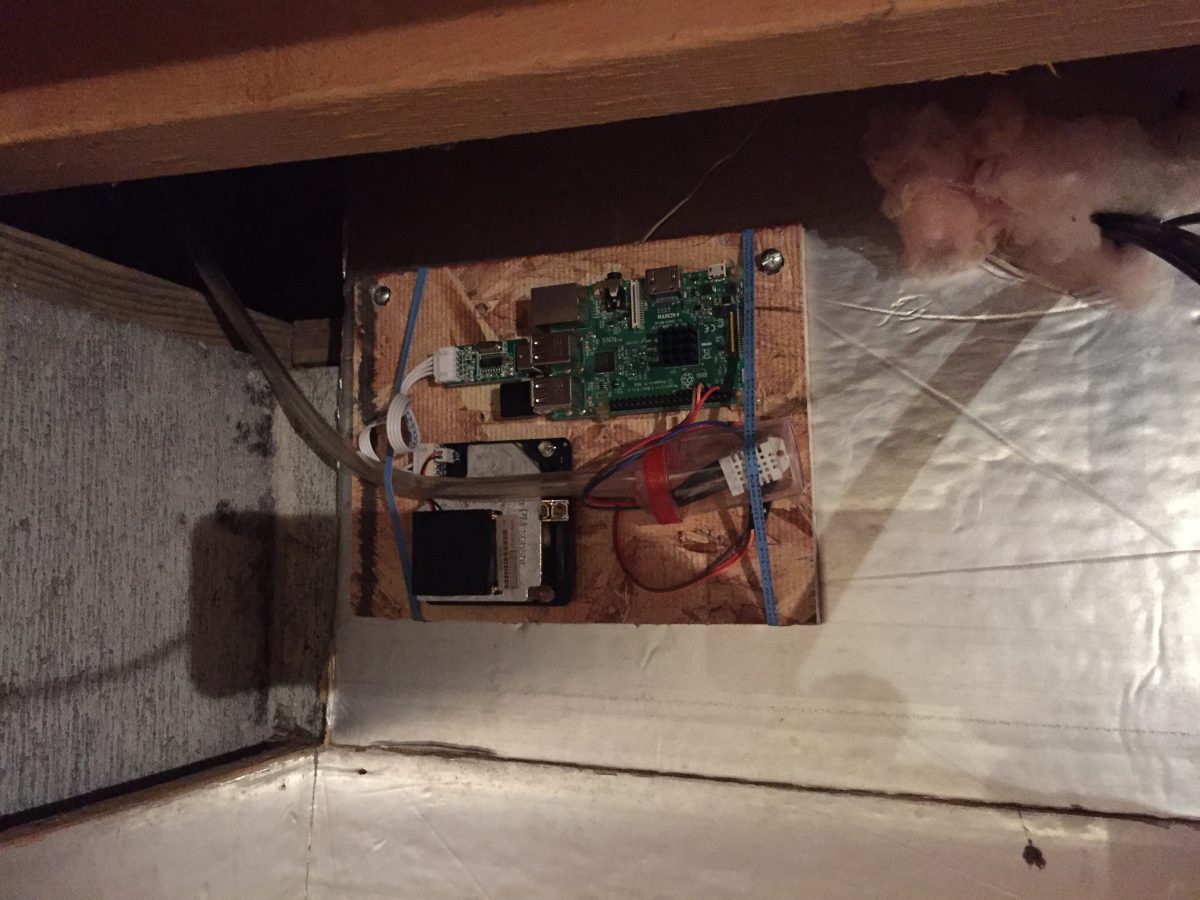 Way back in the “Thailand Days” several of us guys helped run the Grace International School Tech Club. We had a lot of fun working with high school students making cool things. Together we made multiple robots using the the Arduino microcomputer platform.

However, this project started out as a pollution monitoring project.  Chiang Mai, Thailand suffers from sever seasonal pollution, mostly as a result of agricultural burning in the hottest time of the year. The pollution is so severe that students are kept indoors on the worst days.

Back about 2012, the US Consulate donated an research-grade Met One  E-Sampler Particulate Monitor to the school for us to operate and publish the air pollution status to the community. This was really touchy technology and we fought internet battles to keep the sight up. But, with help from Chiang Mai University we measured the weight of smoke, calibrated this very high-tech device, and used it until it broke.

After multiple attempts to keep this device operational we gave up and switched to a more DIY solution. Working with Andrew May, the head of the Grace International School Science Department, and Adrian Oliver, the owner/operator of the PocketWeather application we built a set of simple, but accurate and reliable, pollution monitors that we could operate ourselves based of the Nova Fitness Laser PM2.5 Sensor–SDS011 module. The spec sheet for the SDS011 can be downloaded here.

My first version was Arduino based and operated as one of the official Chiang Mai, Thailand pollution monitoring sites, along with Grace International School. When we moved back to Michigan I changed over to a home-built Raspberry Pi version to be more like the others monitoring devices in the set.

My pollution monitor version lives down in the basement crawlspace and is built from a Rasberry Pi communicating to the SDS011 particulate sensor – along with a DHT22 humidity sensor.

The Raspberry Pi communicates wirelessly to the Adrian’s PocketWeather  server and can be seen here on this webpage:  https://aq.ajosoft.com/index.php?StationID=2166&Country=USA&sort=0&units=0