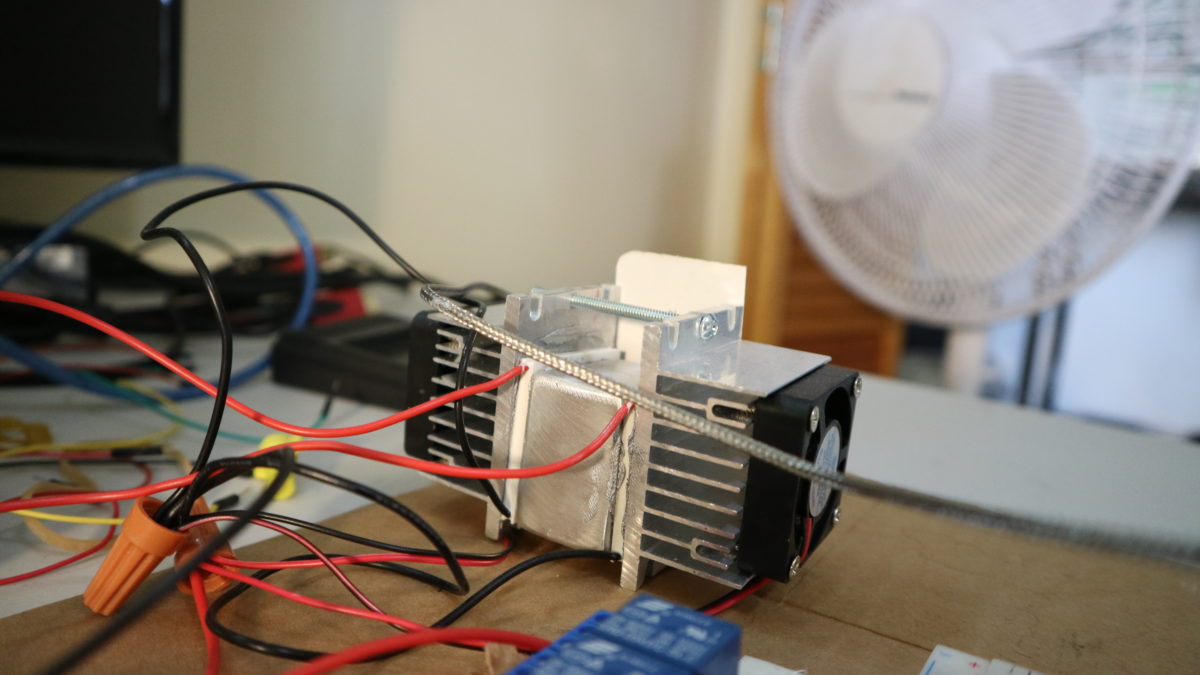 To build the Head Pressure Control Optimized Temperature Control Switch (that is being prototyped as an Arduino Sketch and be fully implemented as a re-flashed W1209 device) an HVAC Test Load Simulator needs to be built.

My idea is to take a block of aluminum and put an independently-controlled thermoelectric Peltier effect heater/cooler and fan on each side to heat and cool the block.

The cardboard shield needed to be added because the probes were being blown by the fans and didn’t represent the temperature of the block.

The bank of TTL-controlled relays provide independent power to the fans
Peltier devices. In the end, the best HVAC simulation was achieved by running the fans full-time and turning the appropriate Peltier device on and off as needed.

By providing both heating and cooling signals any pair of temperature setpoints can be achieved. Running a single Peltier device allows chilled-to-room-temperature or room-temperature-to-warm scenarios.

The Arduino Sketch code, the little breadboard, and the relays are working well. The biggest problem has been the thermal grease – it seems to get everywhere…