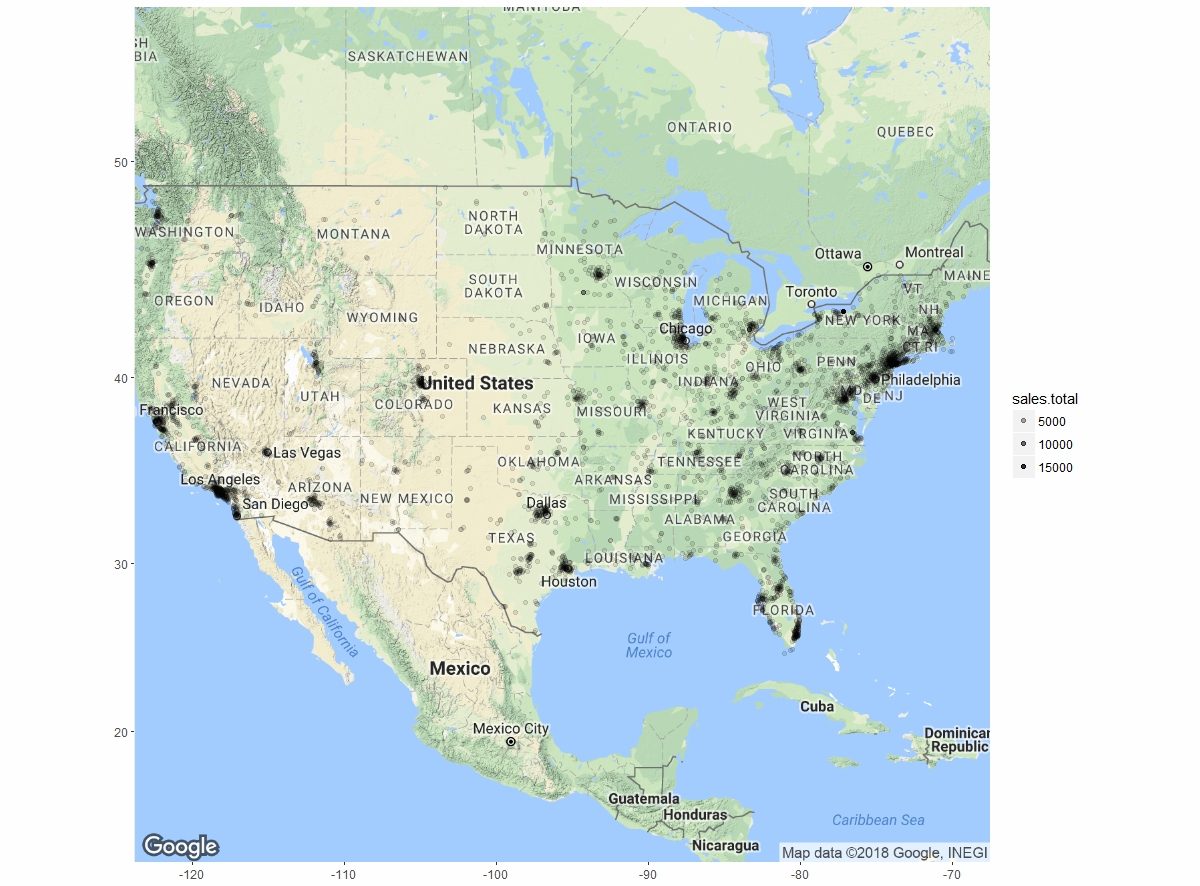 My nephew runs a medium-sized Amazon Retail Arbitrage business and asked me to put some Big Data analysis to some of his sales data.

He hypothesized that his internet business was reaching out to people who lived inconveniently far from a “Big Box Store” and if he could find a way to optimize his advertising to them he could increase his sales.

He asked me to Geo-Map his sales based on his Amazon sales report data so he could look at it to test his hypothesis.

There is more analysis that could be done – but he’d have to pay for that and the business isn’t that big yet. But, after looking at the map, he’s rejected his hypothesis and is working on a new theory.

Unfortunately, this “R” Language software is proprietary so all I can show is one of the output maps that zoomed out too far to be useful…